[Part I] Starting Up Your Startup Series: A Guide for Companies with 1-10 Employees

Have you ever tried working from home… for an extended period of time? Felt nice… for the first couple of days, right? This might not be the case for everyone but to a number of people, working from home can be mind-numbingly boring.

Take this article from Trello - it talks about how working from home isn’t exactly the most ideal scenario. Why? Because your home setup might not be specially optimized, may lack a dedicated workspace, high speed and reliable internet, and your system might not be secure from outside sources.

“I have a small business of about 1-10 employees and we work just fine.”

Chances are - you’re probably right. But have you ever wondered why companies tend to work better when employees are in an actual workspace?

An article by Nicole Spector from NBC News says more and more companies are reducing or completely eliminating their telecommuting programs as new data from the Bureau of Labor Statistics American Time Use Survey shows that the number of U.S. workers partially or fully working from home dropped to 22% in 2016 which is down two percentage points from 2015.

We’re not saying that it should be your company’s priority to rally everyone and work in a closed office space to improve productivity… no. We’re merely saying that when the time comes that you’re seriously considering it - this guide is here to help! Let ETech 7, a managed IT services provider, guide you in setting up an office for your startup.

Once you have decided on where you want your office to operate, it’s time to start looking into getting the necessary things you need in order for your startup to be operational. Here’s a list of the absolute technological necessities, followed by sections on how, which, and where to get them.

Here's an outline for Part I of our Starting Up Your StartUp Series:

Chances are that the PC is likely the thing you rely on most for your business. It doesn’t matter what kind of business you have, with the rise of the Internet and how much business is done through it, you need yourself a PC. You may even need many PCs depending on your business and it’s understandable that it could be intimidating to shop for them. That’s what we will first go over before talking about what kind of PC you should buy so you get a general idea of what to look for.

Short for central processing unit, it’s the part that your computer uses to carry out tasks. Think of the CPU as the brain of the computer.

Graphics: usually this comes in the form of a graphics card, either dedicated or integrated. Most offices that don’t do design or rendering work do not need high performing graphics cards. Or in other words, chances are that modern computers will meet your work’s graphics requirements.

Short for random access memory, it’s how your computer stores memory that it needs to access quickly. Unlike hard drive memory which is used for data you store away for access later, RAM is used for running the tasks at hand. Think of hard drive memory and RAM as a file cabinet and a desk. You can store files in the file cabinet for use later, but when you use the files you need, you put them on your desk. However, your desk only has a limited amount of space. The same is true of RAM. For most typical office work 8 gigabytes of RAM should be more than enough, but more is obviously better, as RAM requirements for smooth performance go up every year.

The storage on your computer comes from the hard drive which can either be a solid-state drive (SSD) that doesn’t make spinning noises or a hard disk drive (SSD) which has a moving arm to read and write data resulting in sound. For tasks that don’t involve large file transfers, in other words for just about any daily usage task; SSDs will provide much faster performance. However, they are more expensive for less storage space.

Now that you know more of the basic vocabulary, here’s a bunch of PC types, and when you may want it, along with recommendations. 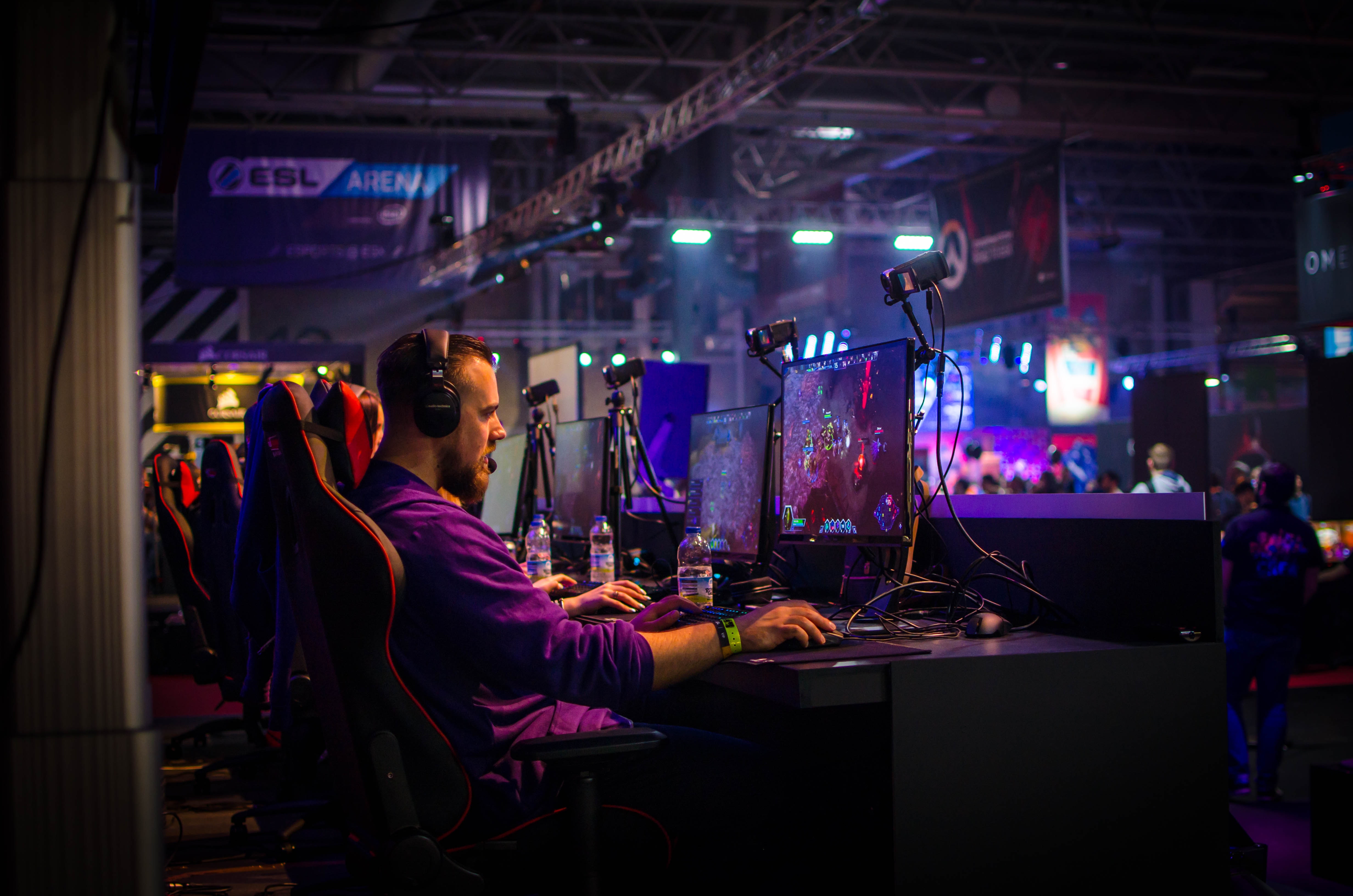 When you think of a PC, there’s a good chance that you are thinking about a tower PC. And no - they're not just for GAMING.

These are PCs that have, in basic terms, a case holding several electronic components that require a separate monitor and other peripherals such as keyboard and mouse. This is the most recommended type of PC for businesses due to their performance-to-cost ratio, as well as its ability to upgrade. The only real cons to having this type of PC, or a number of these for your business, is the fact that they consume the most space and are not the most convenient to access. Truth be told, the only reasons why you wouldn’t have at least one of these for your business would be due to strict space limitations or constant travel.

We recommend you get:

The HP EliteDesk: Featuring a nice blend of functionality with a small form factor comes this PC from HP. Given how small the case is it still leaves room for you to go in and do upgrades to parts as necessary. Models vary quite a bit but get yourself the G1 model for a fair price-to-reliability ratio.

If you like, you can even build your own PC, which will likely have better performance than a prebuilt one. Those with knowledge of how to do so should skip this little section all together but for those who don’t, you will need to purchase the following: 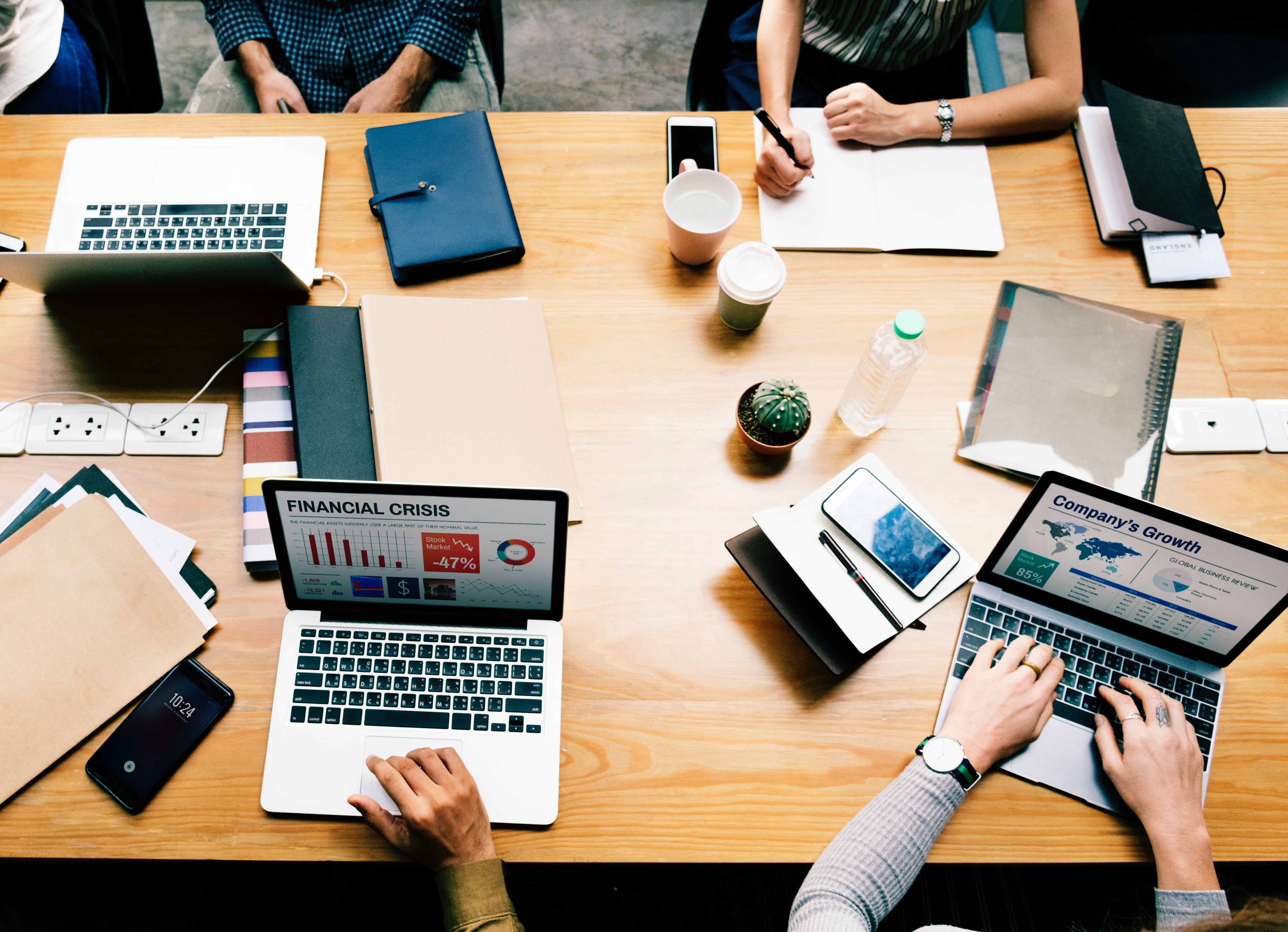 "Chances are that if you’re a business that works with tech, you only use a laptop on the side. However, if you are a business that isn’t very tech-related, such as a restaurant or jewelry store, a laptop may work just fine for you and your employees. If you’re a small business between 1-10 employees, you may be on a bit of a budget, so keep that in mind when looking for the right laptop," says Emil Isanov, CEO, ETech 7.

Top choices for laptops include:

The MacBook: Any recent version of the MacBook, such as the MacBook Air or Pro, is a go-to staple in the world of laptops, especially if you are looking to go into the field of design. While you may be spending more for inferior performance, the user interface of a Mac and their title of being the go-to for designers could make it worth it if your employees are used to it. Truth be told, there’s no longer much of a reason for Macs to be so dominant in the design space. Look into skipping Apple products altogether if you are looking to save yourself some money. Their products almost require an ecosystem of Apple products and are too exclusive to upsize without drastically greater costs, plus Apple products are generally very expensive, to begin with.

The Lenovo ThinkPad: For years in the business world, the ThinkPad was the golden standard for work laptops, and they are known for their reliability, durability, and fair price point. While times have changed a bit and ThinkPads have gotten pricier, they still make fine work laptops. If you want to save yourself a little bit of money, you should consider an older model, but you can find many ThinkPad models for under $1000.

The Lenovo Yoga: A derivative of the ThinkPad, the yoga is a laptop with a 360 hinge so that you can convert it into a tablet. Quite the hot product, especially for those looking to give small presentations or show off their work for meetings. While more expensive than an equivalent generation or spec ThinkPad it offers the flexibility (literally) and style that the ThinkPad lacks. On the flip-side, it often lacks some of the hardware that makes the ThinkPad such a reliable business computer such as HDMI ports or ethernet jacks, especially with older models. However, it could also be noted that with recent and future iterations of the two product lines that the line begins to blur.

The all-in-one PC is like the midpoint between the laptop and the tower PC. They typically consist of a monitor that holds all or most of the components that you would find in a tower PC, but it might still require a mouse and keyboard. The biggest advantages to buying such a PC is its simplicity and clean look, as they require close to no setup and have no wires. The advantages end there since they are typically lower performing when comparing similar price points and models to a tower PC and leave little room for upgrading. In other words, they’re more expensive for what you get.

If you are on a bit of a budget and are looking to get yourself an all-in-one PC for your business, we recommend looking at:

The all-in-one Mac: For the same reasons that you would choose any other Mac product, this is no exception. Streamlined and stylish, this is the go-to for those who are willing to pay more and aren’t very spec minded.

We've covered A LOT in this blog post. Here are our key takeaways from the first part of our Starting Up Your StartUp Series Part I:

In the second part of our Starting Up Your StartUp Series, we will discuss determining and finding what you need in an Internet Service Provider (ISP), what it takes to set it up, and of course - Managed IT Services. Stay tuned!