Can Someone Please Tell Me What IoT Actually Is? 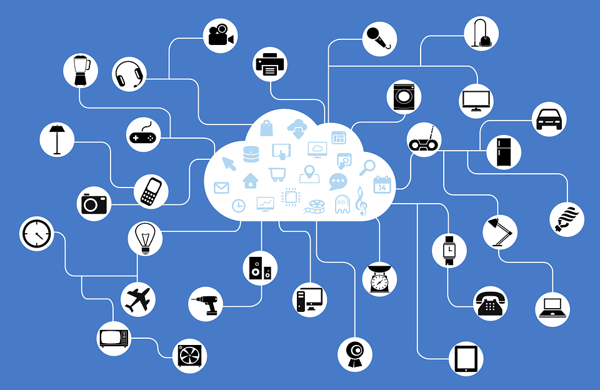 Well, as of 2008 the number of things on the internet has surpassed the number of humans on earth. By 2020 it’s predicted that there will be 50 billion things, meaning 8 things connected to the internet per person. The phrase “IoT” is a phrase that 87% of people haven’t heard of, yet it’s already present in many facets of our society. Take for example the new Google Home or Amazon Alexa, devices that; assuming you have other smart devices connected to them, allow you to do things such as turning the lights on/off, turning the air conditioner on/off, or play music and more with just the mention of a few words or a few taps on an app. It’s technology and things like this that result making the futuristic concept known as home automation a reality.

But before it’s a widely mainstream technology, notice how you need devices conversing and relaying information to one another before any automating takes place. This is achieved through having things get equipped with electronics or sensors that allow for connectivity to exchange data. In other words, you can’t say “hey google, turn off the lights” and expect it to work if you’re rocking a basic light bulb, you need a smart light bulb equipped with wireless capabilities.

To make a simple command like this happen; data needs to be transferred, be it from your smart phone to your google home which then relays the info to your light bulb, or vice versa. This chain of things can get quite large which results in a lot of data, eventually resulting in big data.

BIG DATA, that’s the real winner here. While we, the consumer and user benefit from the internet of things by having our lives made easier and more efficient, the companies who gather the data from said use benefit even more.

Take for example how if you got yourself a smart bulb with the lesser common feature of scheduled lights. You then actually use this feature quite a bit resulting in the information getting relayed to both the bulb manufacturer and google or whatever big data company gathering said info. You then in turn get more targeted advertising for only smart bulbs that have this feature. You, the consumer wins by spending less time searching for bulbs with this feature and both the bulb manufacturer and data company win from having more sales.

This is just a basic example of how big data companies win but let’s not forget about the most important user of big data, government. With better communication and integration of IoT in things such as traffic lights and cameras in conjunction with cars, changes to signal timing can be made on the fly; resulting in people moving safely from point A to point B faster.

That’s a convenient example of government IoT data usage but taken to its limits; questions of privacy are then put on the table. As mentioned before, just about anything with an on and off switch can become part of the internet of things. Look around you and notice how everything that fits that low bar qualification could be equipped with sensors allowing the government and corporations to know where you are and how exactly you live life.

This may sound like a piece of science fiction but if the IoT grows unchecked it could be a reality. A reality that is not yet realized only because a universal method of communication between devices have not yet been developed. Due to its relatively early stages of infancy compared to what it can do this is no surprise, but companies such as IFTTT and Honeywell are making strides towards flawless communication amongst IoT devices.

Once perfected, life in the world of IoT may look something like the way this video illustrates.

Some of the immediate thoughts that come to mind when watching that video include laziness, cyber security, and automation, a problem that leading tech industry leaders are already trying to address today as it could result in ill effects for humans who can be replaced with machines. How do you solve this? By creating an environment that includes an interdependency between humans and machines.

Overall, IoT allows things to talk to other things and you can get a whole lot of stuff accomplished with that. And while it’s exciting to imagine the potential of such technology, it’s our duty to make sure that it doesn’t get out of hand.