How Networks Work For Your Business

If you’re growing your business, you might have realized that your current one computer, one printer setup just won’t cut it any more. If you add on additional devices, like servers, printers, or computers, you’ll need a way to get them to function in sync with each other. In this article, we’ll discuss how a network is used in getting businesses to operate efficiently. 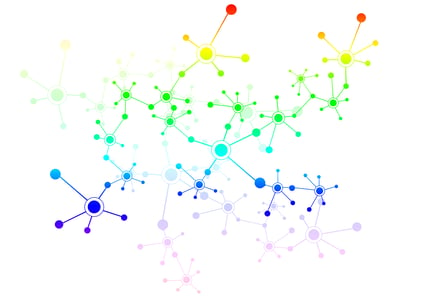 A network is just a series of connections!

So what is a network, anyway? We’re all familiar with the concept of a network if we’ve ever connected a printer to a computer. By doing so, you’ve created a network between the two devices. A network is simply two or more devices connected to each other, and the different types of networks are defined by their scale. A Local Area Network (LAN) is a network that connects devices that are usually near each other, while a Wide Area Network (WAN) usually means that the devices are separated over larger geographic distances.

There are two main ways that you can connect your devices if they don’t have the functionality already built in - either through a hub or a server. A hub is a small device that serves as a central node that your devices can connect to. Hubs have outgoing nodes (usually 4, 6, or 8) that determine how many devices can be connected through it. You can increase the number of devices on any given hub simply by adding additional hubs. Using a hub is a great choice for creating a simple LAN if you have only a few devices connected to each other. Hubs are relatively cheap, and don’t require much expertise to set up and manage. 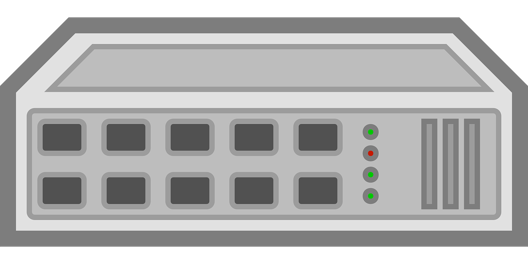 An example of a hub with ports for wired connections

If you’re looking to connect more devices, or if you want your network to be faster and more sophisticated, then you’re going to want to use a server. A server is different from a node in that a node is simply a connection between devices, while a server actively manages that connection. A server’s computing power influences how fast your network will be, and requires a bit more know-how to maintain than a hub. With a proper server management plan though, your server can handle anything you throw at it.

If you’re in a single office, with a couple of computers and devices, then you’re probably going to want to use a LAN for your network configuration. Whether you choose to go with a hub or a server to maintain your network, you’re going to experience much better functionality than if your devices weren’t on a network. Think of your devices as employees – if you kept them all separate from each other, not a whole lot of work would get done. By creating a network (like putting employees in the same office), you’ll increase communication and functionality.

Let’s say you have multiple offices, each with their own LAN. You want to connect these networks, so everyone is on the same page. The problem is, you can’t run a wire between your offices! A simple solution is to create a Wide Area Network (WAN). A WAN is made by connecting LANs, and they can use either a wired or wireless protocol to communicate. We’re all familiar with the idea of WANs, because the internet is one! In fact, the internet is the largest WAN in the world.

So now you’ve set up your network, and it’s working out really well. One day, you need to hit the road for business and you want to pull up some files on your office’s network. The problem is, your computer isn’t a part of your office network, so how can you get anything done when you’re not physically in the office? The solution to this is to set up a Virtual Private Network, or VPN. A VPN will give you access to your office’s network by creating a sort of “tunnel” between your personal device and the network. That way, you can work from anywhere without feeling like you’ve ever left. Speak to an IT administrator today to learn how to set up your network safely and efficiently!