Every company knows that data threats are real and serious. Which is why companies make sure to secure their data using firewalls and antivirus software. In the past, these methods were enough to stop any data hacker.


Contrary to popular belief, skilled hackers can access our information now, easier than ever. Cyber attacks are beginning to occur on a daily basis and most companies don’t even realize.


We won’t take this sitting down.

Economic strategists, concerned with the current state of cyber security, have begun developing new operation methods utilizing the latest technology. Strategists are taking cues from Coasean Theorem and applying them to today's digital economy. They believe that there will be a “revolution” or reinvention in economic organization protection and efficiency.


These strategists are predicting that the leader of this change will be Blockchain technology.


So What is Blockchain?


These blocks can be distributed throughout existing computers at the same time so that people who are interested in the information or records can access it. The size of the Blockchain community makes it quite difficult to hack or shut down.


Blockchain exists to economize on transaction costs, protect databases from failure, and eliminate duplicate record keeping. Blockchain allows information to be distributed but not copied. It was originally created for cryptocurrency. Many of you have probably heard the term bitcoin at some point or another, so let’s use that as our example.

Bitcoin is a digital currency that is sent via a Blockchain platform.

So, before, if you wanted to send money digitally, you would have had to do it through a third party, such as your bank or a money app. But with Blockchain, you can send bitcoin straight to the recipient, and it is recorded on a public ledger that everyone can see. Every transaction made through a Blockchain platform is publicly noted and recorded.


Each block holds a timestamp that allows you to view when the transaction took place.

But note: transactions done within the Blockchain can not be reversed.


Bitcoins are one of many types of cryptocurrency that were created by an unknown person or persons under the pseudonym Satoshi Nakamoto. Nakamoto released a bitcoin paper titled Bitcoin: A Peer-to-Peer Electronic Cash System which proposed a system for electronic transactions and provided a framework of coins made from digital signatures.


The first bitcoin software was launched immediately following the paper’s release. Its intention was to simplify online tractions by bypassing government control of currency over a peer-to-peer network (Blockchain) rather than using a repository. This was the birth of cryptocurrency and Blockchain.


What are the benefits of Blockchain?

Blockchain technology is currently under development all over the world.

Blockchain will take the process of transactions between businesses and banks and make it less end-to-end and more open source. Investment banks are very well positioned to reap the rewards of Blockchain. This is because the process of consolidating database systems would significantly bring savings and costs down by 30 to 50 percent at the product level and on a centralised basis. This is due to the improved transparency and auditability of Blockchain transactions.

Moving operations to Blockchain will speed up transaction times because both parties can watch the transaction happen in real time. Bitcoin has changed the way we think about technology and currency.  Bitcoin networks (Blockchain) bypass traditional financial intermediaries, unimagined new networks will evolve to meet society’s needs for less and, potentially more securely.

Using Blockchain in this way could reduce paper-heavy, expensive, or logistically complicated financial systems, like remittance, cross-border transfer, shareholder management and ownership exchange, and security trading, to name a few. And outside of finance, help governments, and the music industry investigate the technology’s potential to simplify record-keeping.

If someone from a low-income population uses the Blockchain, it could help to speed up cash flow and secure records. Impoverished people don’t have bank accounts and conduct the majority of their transactions in cash. UNICEF and USAID think that Blockchain can be used to help those people secure their assets.

The Bill and Melinda Gates Foundation wishes to create safe and reliable digital record keeping for those of lower-income households. Their Financial Services for the Poor program will give governments and central banks a framework for building national digital payments systems that can be used by all who survive on little to no income. 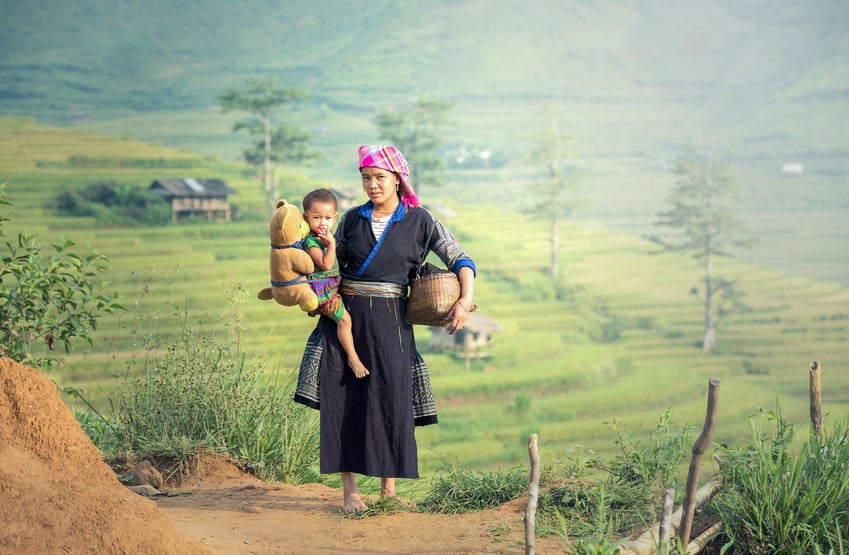 Imagine a farmer in Africa needs a safe way to store his personal files. So, he rents a safety deposit box in a municipal building and leaves the documents there. But if a natural disaster were to occur and the building were destroyed, then the documents would be gone for good. With no digital record of those documents, there is no evidence of their existence, whatsoever. In order to avoid such a catastrophe, farmers have turned to Blockchain to store their information.There is a Blockchain system in Ghana that has 500 filed deeds in their database.

But Beware: There are some negatives effects of Blockchain too:

Technologist and author, Kosta Peric, feels that Blockchain will “not be able to scale up and will end up having system prerequisite problems.”

The technology will struggle to process transactions in time and because most Blockchain networks are global, he worries that national governments and central banks won’t be able to regulate them easily.

Another issue is that utilizing Blockchain requires technology. You must have access to a computer or smartphone to use any of these apps or programs. According to Blockchain Technology.com one of the biggest disadvantages of Blockchain is it’s lower than centralized databases. Centralized databases have higher security, anything lower or singular (one database) has an increased chance of security breach. When a transaction is being processed, a Blockchain has to do all the same things just like a regular database does, but it carries three additional burdens as well:

Banks such as Santander and Wells Fargo see the potential of Blockchain but others are not as convinced. Blockchain is still not heavily utilized, it still holds more speculation than genuine potential. Many believe that the chances of Blockchain working seamlessly are slim. Blockchain in design can’t handle a large number of real time transactions over a large network. Other major banks can’t afford to invest into something so untested.


“Block chain has gone from a platform for crypto-anarchists to the future of mainstream banking.” 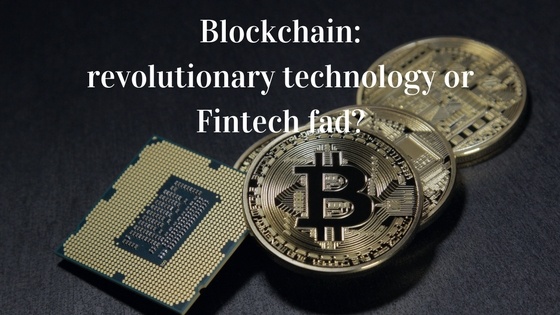 Blockchain may have its pros and cons, but many feel that the future economy will be entirely digital and decentralized. But what will it take to get

to that point? Start-ups are racing to be the first to dominate Bitcoin and Blockchain, and to be the one to make it available to all. While program developers are working hard, helping businesses and consumers understand the concept and benefits of Blockchain, is a whole other battle.

Companies are complacent; they will continue to utilize existing databases and currency. Switching to a CryptoCurrency is a gamble and also has a “bad” reputation attached to it. Although its intentions are good, it is still most frequently utilized on the Dark Web.

Blockchain has the potential to create smart contacts, boost crowdfunding, optimize file storage and data management, and make stock trading more efficient. Now, developers are trying to figure out what the next steps will be. So, to answer the central question “Is Blockchain changing the way businesses operate?”

Yes, But not in the way we think. We are slowly moving towards an open source method of data storage and transactions. Those changes are apparent in P2P apps, Bitcoin popularity, and some Blockchain startups. The insurgence of Blockchain is coming, but it’s very slow going. One of the largest hurdles for individuals and companies to jump, is trusting that the technology is worth using.

In the meantime, Blockchain-style apps are now being designed and executed: 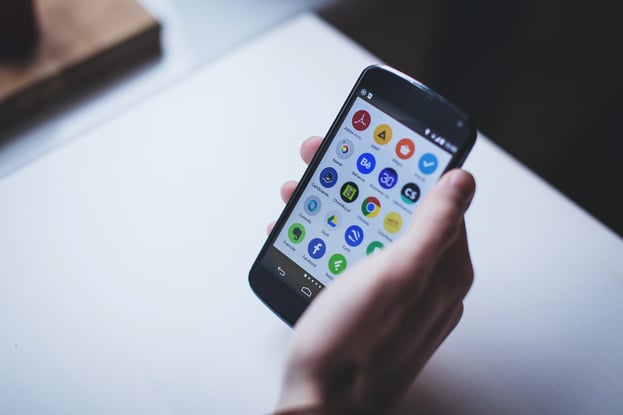 Major money sending companies like Western Union dominate the market and take a percentage of every transaction. Smaller companies are establishing P2P (peer-to-peer) apps inspired by Blockchain that make sending money easy and quick for people all over the world.

Platform BitPesa is helping to speed up the flow of cash from businesses in China to their African employees, who then send the money back home to their families. The Kenya-based pan-african platform, launched in 2013, uses bitcoin to facilitate low-cost, instant payments online.

Another popular app WeChat is a social-finance app that allows communication between its users. It can be used to facilitate cab-hailing, food-ordering, and appointment-booking. It is most prevalent in China, which permits users to transfer money to personal bank accounts with a WeChat Wallet. WeChat currently has 650 million users and is China’s most popular mobile messaging app

Blockchain technology is up and coming. While redefining what it means to make a purchase online, it is simultaneously revolutionizing the way money is valued and exchanged. By taking away authoritative power and handing it over to the public, it opens the door to a world of opportunity. But, will Blockchain clean up its name? Will it shed its oddly negative reputation and flourish, or will bitcoin lose its value forever? Only time will tell.