Is Wearable Tech Really The Future?

As technology continues to thoroughly invade the 21st century, it is not uncommon to hear mixed responses.


It is fair to say that technology has been integrated into just about every aspect of our lives -- from controlling the temperature of our homes, to making sure our pets are fed while we’re on vacation. From home surveillance, to back-up cameras, and our good friend Alexa, it’s fair to say that tech, and wearable tech, is here to stay.

While this is all fine and dandy, I can’t help but feel intense mixed feelings about one particular area of technology - Wearable Tech. Because if you look around, you’ll see that it’s everywhere, and it has been everywhere.

The hottest topic in this general field is of course, Google Glass. Google Glass, as we know, is an optical head-mounted display designed to be worn as a pair of glasses. The intent of this creation was to produce a hands-free, ubiquitous computer controlled with voice commands. Of course, there are many reasons and an extensive amount of literature discussing why Google Glass failed. The main reasons were safety and privacy. Many were concerned with its constant emittance of carcinogenic radiation, especially so close to the head. Furthermore, the built-in camera raised concerns of piracy, in that recording a movie in a theater would be as easy as pie.
From the appearance of the Glass, to its bulky feel and lack of clear purpose, it was quite unanimous that this piece of wearable, extremely cool tec, wasn’t going to make the cut.

It’s no secret that Google Glass was something of a “failure,” and something we don’t really need to be discussing. However, a key reason it wasn’t the rumored success it threatened to be, was because it simply tried to do too many things. With a reputation that was damaged early on due to lack of functionality and low quality performance, Google Glass went from being the most sought out new tech to a paper weight with busted potential. We’ll soon see that functionality is a very important part of wearable tech, no matter how cool a product may seem.

Most recently, Google has teamed up with Levi’s to create the “smart jacket” of the future.

Welcome to the future. This stylish denim jacket comes in both men’s and women’s styles and is Google’s next big step toward “a future without screens.” The jacket features a small device in its left sleeve, allowing the sleeve to act as an interactive touch pad. This hidden tech allows the jacket to look perfectly normal on the outside as it secretly carries a limited world of possibilities. The user assigns a task to the gestures tap, swipe in, and swipe out.

One may play music, navigate, and tell time. While its abilities are limited, this jacket wants us to believe that it is the future of wearable tech. On the surface, it’s main goal is to keep the average commuter from needing to remove his or her phone from his or her pocket. 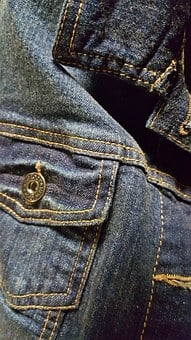 While this may seem like a useful piece of wearable tech, it’s also an example of the invasive

qualities of the tech world. The future of wearable tech wishes to make its way inside of our clothing as opposed to on our screens. To this we must ask the popular question:

Is Wearable Tech Really the Future? Or is it Just a Fad?

These are questions we’ve been asking for years, but where do the answers lie? Forbes magazine put it best back in 2014. To make a splash in the world of technology, a brand new product must start a market of its own. It must fill a specific purpose and eventually, become something we need, as opposed to only something extra. Even today, in 2017, a lot of wearable tech is just short of wearable and for the most part, a luxury as opposed to a necessity.

Is a wearable tech jacket something everyone will need to own? Or is it the epitome of something extra?

A Quick Word on Spectacles 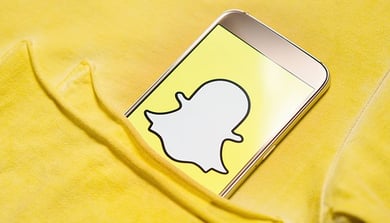 With Snap Inc.’s 2016 release of their Spectacles came an array of colorful advertisements, eye-catching enough to get people looking, but only a very niche audience. By creating a limited number of a product with such a unique purpose (to create Snap videos on the go) Snap Inc. gave a new name to wearable tech, further pushing in the direction of ‘extra’ as opposed to ‘essential.’ While the exclusivity of the glasses made them feel like a must-have, the quality of the videos they produced was sub-par, causing Business Insider to label the product as a success, but hardly a tech product.

Snap Inc.’s Spectacles are the perfect example of a tech product treading the line between useful and unique. What happens when wearable tech becomes more ‘wearable’ than ‘tech?’

The GoPro and its Fans

We’re all familiar with the GoPro and what it does.

A GoPro camera is your go-to tech if you’re looking to record just about anything while on the go. The GoPro can be attached to anything, making it the perfect candidate for travel, extreme sports, and capturing a shot from a unique angle. When we think of Wearable Technology, we think of the GoPro. The cameras are strapped to pets, firefighters, and even toys that have been sent into space.

What sets the GoPro apart from other wearable tech is that it appeals to a large audience of extreme sports lovers who previously were unable to capture their thrilling experiences correctly. The internet is now dripping with skydiving videos and episodes of people acting like super heroes, all because GoPro rose to the challenge of filling the needs of an active and thrill-seeking market. This success may further remind us of other aspects of wearable tech that have actually succeeded and become popular.

Wear it on Your Wrist or Forget it

Since 2014, the predicted rise in wearable tech has been all about the wrist. A common trend in wrist-tech seems to revolve around exercise, health, and fitness tracking. Here are a few top ranking members of the list.

So what do fitness and wearable tech have to do with each other? They just make sense. 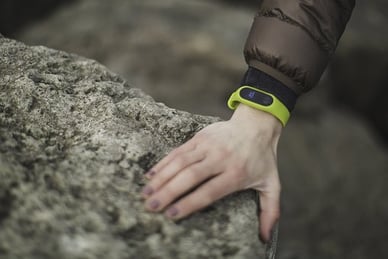 Wearable tech must keep up with you in your busy and active life -- therefore you must need it to.

The only reason your tech should ever be strapped to your body is if it's tracking your progress and helping you grow. It seems that anything that tries to deviate from this purpose may be medaling unnecessarily. While the world of wearable tech is moving and shaking, it makes sense that things have been consistent for years now.

Is Wearable Tech Really the Future?

As far as the fitness world is concerned, most likely.

When it comes to tracking your steps and counting your calories, wearable tech is extremely convenient and easy to use. The prospect of further advancement in this field is new and exciting as this is where wearable tech has proven to be functional, durable, and versatile.

But as far as the fashion world is concerned, the future seems a little foggy. While advancements in fashion tech are entertaining and exciting, wearable tech may not be as versatile as we would like to hope it is.

And maybe for right now, we can be okay with that. 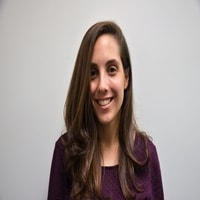